Why cycle? Why not? It’s healthy and it’s slow travel – By David Wold

Cycling is one of my passions. Whistling down a road through engaging countryside. Listening to the sweet hum of the tires on the asphalt. Observing the seasons. Smelling their various fragrances. Breathing fresh out-of-doors air. Clearing my mind. Thinking thoughts, sometimes relevant, sometimes not.

Recent studies suggest that exercise can be as effective as many frequently prescribed drugs in treating some of the leading causes of death, including heart disease and diabetes.

Companionship is another reason I cycle. My cycling pals, Erik and Hans, are just as eager as I am “to get out there”. The numbers of world threatening problems we’ve solved during our rest stops are innumerable.

Cycling moves slowly. Riders in the Tour de France at their best average about 40 km per hour over a total distance of some 3500 km. My average speed is about half of that during my tours around Säffle, Sweden, my hometown, and the occasional week or two Erik and Hans and I spend cycling in Italy.

But I’m also about twice or three times the racers’ age – and I’m not of their ilk. For me, cycling is much more than peddling as fast as I can to reach a finish line before everybody else. What’s more, cycling is slow travel.

For the past ten autumns or so, I’ve cycled wine districts in Italy sometimes with my wife and sometimes without her but with Erik and Hans. As one Italian wag put it, “half the cost and twice the fun.”

So far we’ve experienced Puglia, Sardinia, Piemonte and Toscana in the Chianti Classico, Montepulciano and Lucca areas. And we’re planning even more adventures in Toscana because cycling there has not only got us close to some wonderful countryside but also close to some very, very hospitable and cycle-friendly people.

By cycle-friendly people, I mean the drivers of all kinds of vehicles, whether they are cars, trucks or motorcycles, who slow down and pass by giving you comfortable margins and, not least, peace of mind. Italians respect cyclists. In Toscana, I’ve never felt the ditch as my final destination. Not so in other places I’ve cycled. I’ve got proof of that. But that’s another story.

By cycle-friendly people, I also mean the people we’ve met in the quaint little country villages we pass through, especially those we meet in eateries.

Montecatini Terme: Our base in Toscana

In Toscana, we cycle under the auspices of gustocycling.com, which is based in Montecatini Terme, the site of any number of the events during the World Cycling Championships in 2013. This city with its 21,095 inhabitants and many hotels, is one of the most popular destinations in Italy for thermal spa tourism. Apart from combining health, fun, relaxation and sport, Montecatini Terme is the home to fashionable restaurants, theaters, nightclubs, and a casino. Celebrities have been known to frequent the city. That’s not why we were there.

Using Montecatini Terme as a starting point, we enjoyed five days of excellent cycling. Our average tour was around 90 km long with an average altitude gain of about 900 m. We visited places such as Vinci where we visited the house where, you guessed it, Leonardo was born and spent his childhood. One day we cycled to Lucca and back. On our last day, we cycled to Focchia from Lucca.

Focchia, hardly shares the same renown as other cities in Toscana such as Florence and Siena. But this teeming metropolis of 22 inhabitants at 615 m above sea level is equal to any place on the planet when it comes to preparing delicious dishes from freshly picked porcini mushrooms. And the people who do it are Rita and Ronaldo at Ristorante Rita e Ronaldo.

Our trip to porcini heaven began at the railway station in Montecatini Terme where we boarded the train to Lucca. Trains on this line have special coaches for transporting cycles – just another indication of the respect cyclists are afforded in Italy. Trains, on the other hand, are a little less respectful when it’s time that matters.

For instance, of the seven journeys we took by train with our cycles, none were on time. Three clocks in the station at Montecatini Terme showed different times. But in our case this didn’t make a lot of difference – we’re retired and on holiday. Time’s on our side.

Upon arriving in Lucca, we mounted our cycles and headed out of town on the SS12 toward Pescaglia, a village at 504 m above sea level with some 3700 inhabitants. Lucca is at 19 m above sea level, and the first 10 or so km along the SS12 are relatively flat and particularly uneventful.

It was when we got to the SP32 heading for Pescaglia that the climbing began. The last two kilometers of this some 20 km stretch were exhausting and cause for a refreshing Birra Moretti pause before continuing on to Focchia.

The last 10 or so kilometers to Focchia were no piece of cake either. We rode up and down through beautiful mountain countryside until reaching our final destination. Well, almost our final destination, which was Ristorante Rita e Ronaldo. Focchia is one of these places where the old adage is applicable, “if you blink, you’ll miss it” even on a bicycle. It’s even more relevant when trying to find Rita and Ronald’s establishment.

The first indication of their existence was a nondescript sign saying Ristorante across the street from the Campanile di Focchia. Could this be pointing toward Rita and Ronald’s? Most likely. There would hardly be a multitude of restaurants in a town this size. And we were right!

A basket containing freshly picked porcini met us at the door. That bode well. Inside, two lovely teenage ladies met us and seated us near a couple that was putting the finishing touches to a variety of porcini dishes. Our hosts at GustoCycling recommended ordering the macaroni porcini. When our mates at the other table heard me order, they apparently decided that Rita and Ronald had more to offer than this dish. So they invited us to sample their selection for the day.

Duly impressed, we followed their example and ordered not only macaroni porcini, but also porcini soup and deep-fried porcini. Of course, these culinary delights were accompanied by a very big jug of red house wine which Rita plunked on the table before the lovely ladies could even show us our seats. We left Rita and Ronald’s promising ourselves that if ever we’re in the area again we’ll be absolutely sure to return to Ristorante Rita e Ronaldo.

It’s said that the people of Toscana are some of the most hospitable people in the world. Our own experience of them in Focchia leaves us with no serious objections to this claim.

The ride from Focchia along the SP37 drops from 615 to 135 m above sea level in seven kilometers. On average, that’s a 7% decline. In other words, we could have raced down this road. But we didn’t. It would have been foolish to do so. Why? Consider riding under a deep blue sky punctuated by puffy white clouds, through a ravine bedecked in autumn colors, on a road free of traffic, running alongside a cascading stream and you’ll understand why we took it easy.

Cycling is slow and healthy

Cycling gets you close to everyday people in a way that a lot of other ways of traveling have difficulty accomplishing. I could go on and on about the hospitable lunches and, of course, the people we’ve enjoyed in Toscana. What’s more, cycling is slow travel.

And I’ll never forget our visit in Vinci. Or tying into a Beefsteak Florentine accompanied by a lovely Chianti Classico. They’re big and delicious, so unless you want to be carried out of the restaurant, you can skip the pasta and perhaps even the dolce. Or you can show up very hungry and enjoy the whole show.

These are all of the reasons why I cycle. What are your reasons for doing it? If you don’t do it, the benefits of it are so plentiful that it’s worth giving it a whirl. Just do it. At whatever level that suits you best. Why not? I’m quite sure you won’t regret it. Hurrah for cycling. 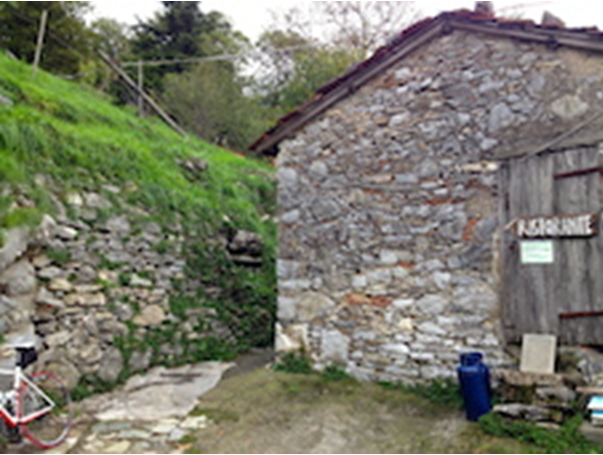 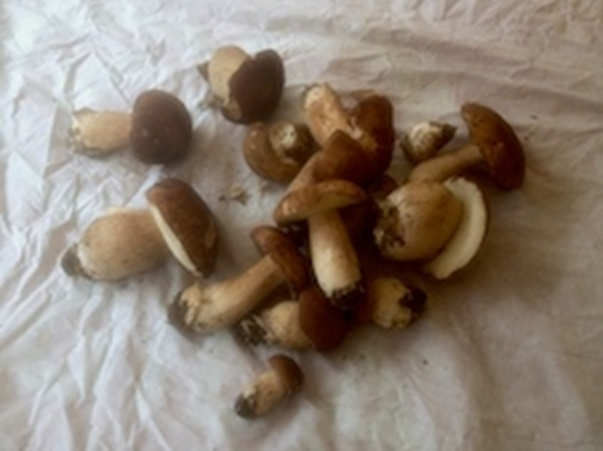 A basket containing freshly picked porcini met us at the door. 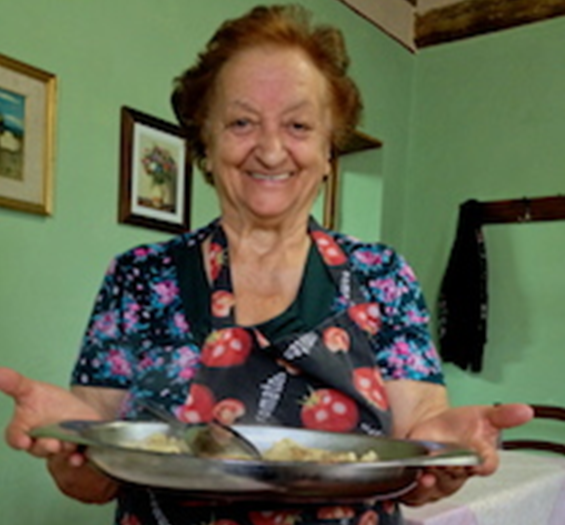 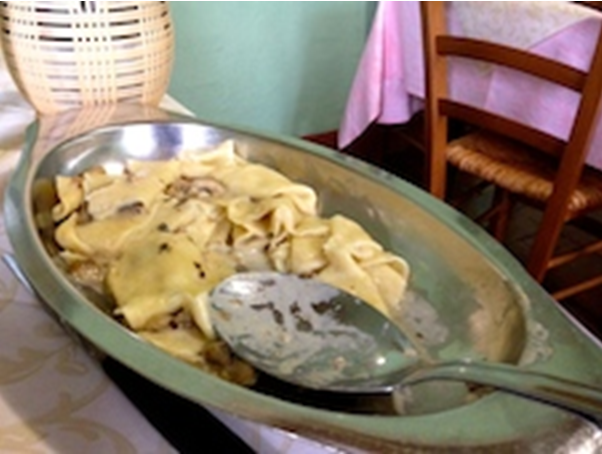 My macaroni porcini and the house wine 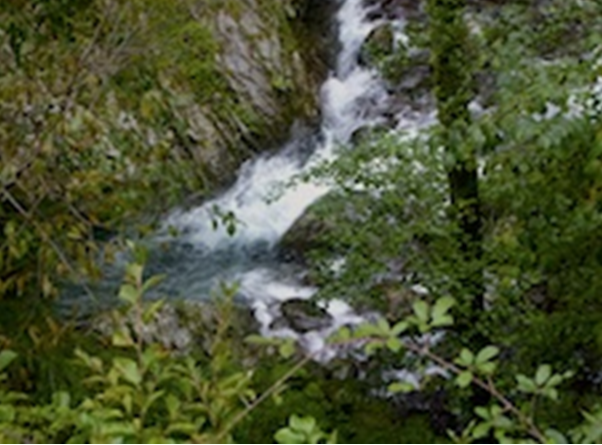 The ride from Focchia on SP37 is on a road free of traffic, running alongside a cascading stream.